"This notion struck me as deliciously ironic. It suggested that the encounters with nonhumans that haunt our folklore were real, not necessarily projections preying on our gullibility. Could "fairies" and" elves" - and all their mythical successors - be distorted representations of an actual species?"

- Mac Tonnies, via The Cryptoterrestrials: A Meditation on Indigenous Humanoids and the Aliens Among Us  (a fuller version of this quote can be found here)


I popped over to Mysterious Universe today and found a familiar face. Looks like Nick Redfern is talking Cryptos and he means business.

For your viewing pleasure I've posted an earlier version of he/she-who-is-nameless (above), entitled: "The Stars are Falling."

(Note - Updated 8/6/13: This graphic originally appeared on my "other blog", but, has been reposted here, replacing the image detail previously shown.)

As of September 29, 2016, Google discontinued its support for its slideshow gadget, so, sadly, the slideshow which previously appeared here has been disabled. The slideshow photos, however, can be found by clicking Mac's "Alien Touch" self-portrait above. 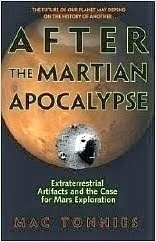 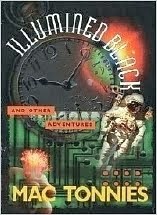 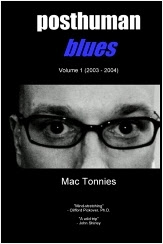 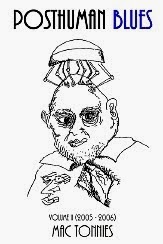 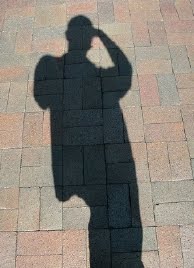 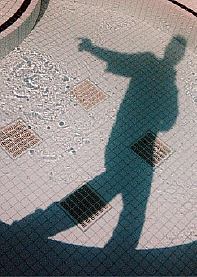 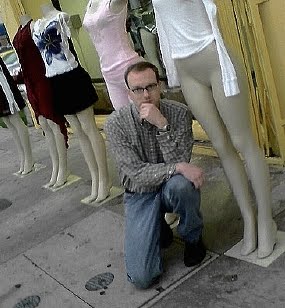 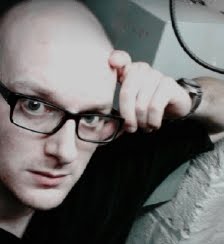 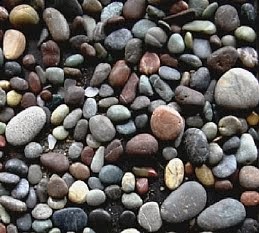 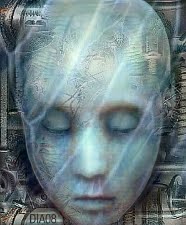 "Thank you for taking the time to compile this wonderful tribute to Mac. He connected with so many people in a very direct and meaningful way regardless of whether one had the opportunity to meet him in the physical world. I enjoy visiting this site now and especially when I'm reminded of something that Mac might have tweeted about or blogged about. Your tribute here is a perfect digital gathering spot to take a moment and reflect on the vision and talent and timelessness of Mac Tonnies."
- Joshua Fouts, 12/10/09 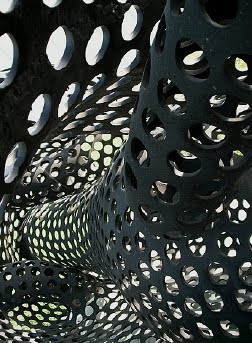 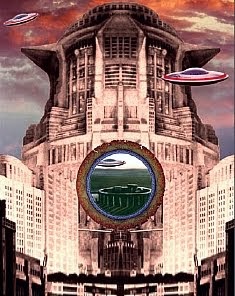 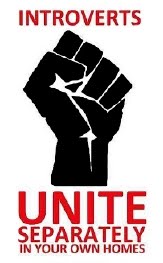 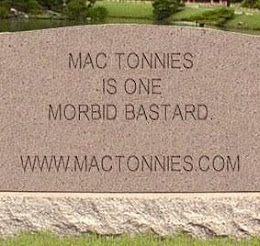 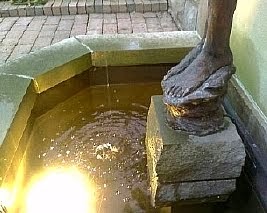 "Mac Tonnies, he got sonnetized a bit
While dwelling on our plane. He was a great
Good natured subject while among us.
He was among those who first told me "Kate,
You know that there's a book here, right?" Since then,
Well, I just miss him often, in iambs
As in the rest of life. It's truly been
A strange and wondrous way to kick the jams
And share ideas. Thanks, Dia, for the bump.
I'm thrilled to be included here, you know
(And yes seeing this here did put a lump
In my poor throat, but that's how these things go).
And folks, you know that you can do this, too.
Pick up a pen and scribble one or two!"
Kate Sherrod, via a comment on this post
Kate's Audio Boom message for Mac... 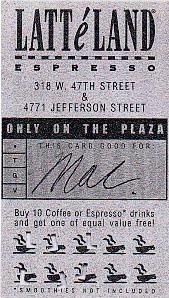 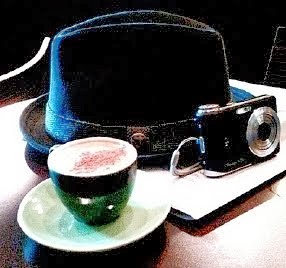 "Flocks of teenagers materializing like thought-forms borne on the cool night air. An edge of autumn -- brisk but not cold. The Cancer Survivors' Park like an apocalyptic oracle, its touch-activated television screen locked against the encroaching chill, its statues frozen copper silhouettes.
A couple making out in the passenger side of a new Porsche; I glide by clutching my coffee, libido twitching sullenly somewhere in my skull. I find myself rediscovering a close-knit labyrinth of fountains and staircases and charming apartment buildings named after long-dead writers. The lights of Saturday traffic and gaudy horse-drawn carriages are mercifully eclipsed. The world is all shadowed architecture, suddenly shattered as I reenter the realm of the living, coffee cooling steadily. The usual anonymous hordes and casual lovers refracted through caffeinated synapses.
I buy a smoothie at a coffeeshop (Depeche Mode playing in the background) and gradually lose myself in John Brunner's "The Shockwave Rider." The immaculate sidewalks, sparkling as if pregnant with diamond, steer me home, past hotels, across the dark scabrous flow of Brush Creek. My apartment building has a new entry keypad, sans telephone handset. Made of reinforced stainless steel, it has the worrying appearance of something designed to survive an imminent nuclear attack.
Through the abandoned lobby with its fading pink carpet and neatly arranged couches.
Into the elevator.
I punch 9."
- Mac Tonnies, PHB post 10/5/03 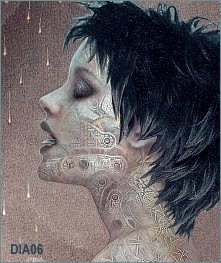 "She might have had an identity once. Or at least the synthetic equivalent. But years have passed; entropy haunts the labored rhythm of her stride, the flow of her thoughts. All the sidewalks look the same, an endless montage that recedes to eggshell anonymity in the summer glow..."
- Mac Tonnies, excerpt of a story fragment found here
(The link to the story fragment has been repaired as of 1/31/17.) 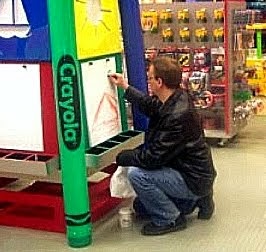 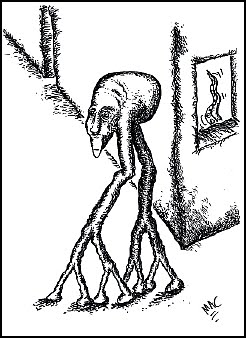 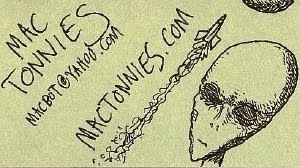 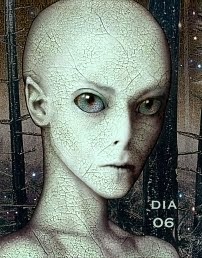 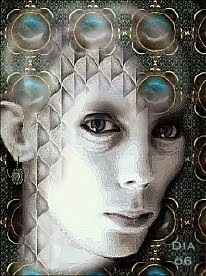 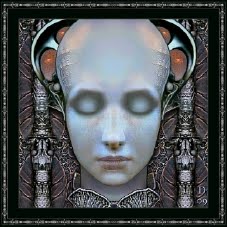 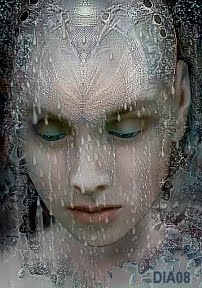 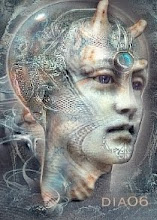